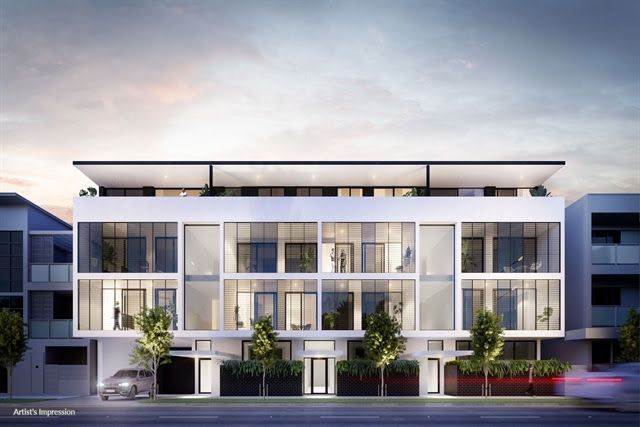 An artist’s impression of 34-36 Briens Road in Northmead.

A DEVELOPER has purchased a DA approved residential site post-auction for $2,900,000 at 34-36 Briens Road in the Greater Western Sydney suburb of Northmead.

The asset, that came with a 1,182.4sq m* site area, that was cleared and ready to build on, benefited from being in the heart of Western Sydney.

“This boutique development opportunity has easy access to surrounding arterial roads and is only a short walk to the growing Westmead health and education precinct,” Mr Moxham said.

“The DA has been prepared by SHED architects and features 28 efficiently designed units across four levels over basement parking.

“There was strong interest in the site with over 80 enquiries throughout the campaign and it was sold to a developer just two weeks after auction day.”

“Northmead is a mixed-use suburb in Western Sydney within the booming Parramatta LGA and is 3km* north-west of Parramatta CBD and 26km* west of Sydney CBD,” Mr Hadgelias said.

“The City of Parramatta is Australia’s third largest economy and is the beneficiary of large-scale coordinated planning and investment by state and local government. An artist’s impression of 34-36 Briens Road in Northmead.

“The site is also within walking distance to a number of educational establishments, including Northmead Public School, Northmead CAPA High School and St Monica’s Primary School.”

“We’re seeing strong demand from builder developers who are looking to acquire sites ready for an upturn in the market when we get through the COVID-19 pandemic and the demand increases once again,” Mr Vines said.