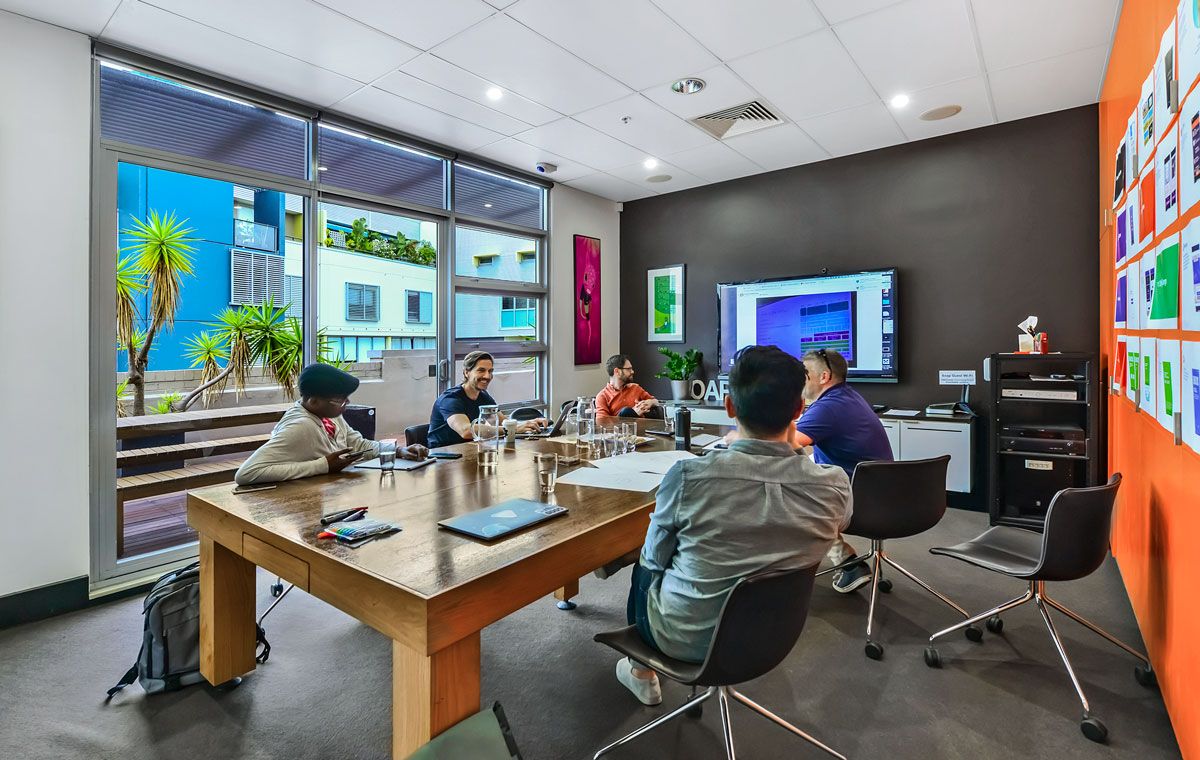 Digital advertising that has touched the lives of millions was born in this Sydney creative space set to go under the hammer this month.

Ray White Commercial NSW has just listed the Ultimo offices of Soap Creative, one of Australia’s leading digital creative agencies, behind many high-profile digital campaigns since 2002.

The office suites at 22-36 Mountain Street have become available as a result of the agency’s merger with Isobar Australia, which was announced this month. The businesses will form a powerhouse agency dedicated the creative use of digital technology.

The Ultimo office space is in the Fusion building, a mixed-use development close to Broadway shopping centre, the University of NSW and UTS. Soap has occupied the space since 2004.

“The three office suites, which are a combined 417sqm, are the best in the building and take up close to half of the top floor of the northern side,” Ms Krivohlavy says.

“This space overflows with creativity and has set the scene for some of the most memorable advertising projects Australians have ever seen.”

The 344sqm open-plan layout allows in plenty of light. A 73sqm private balcony opens from the main office and the designer fit-out includes a reception area, photo studio, boardroom and meeting rooms.

There is one security car space plus ticketed visitor parking within the building.

“The three separate lots offer the opportunity to split the lot and lease or sell as separately,” Mr Rose says. “The space would suit a part or whole owner-occupier or a savvy investor.”